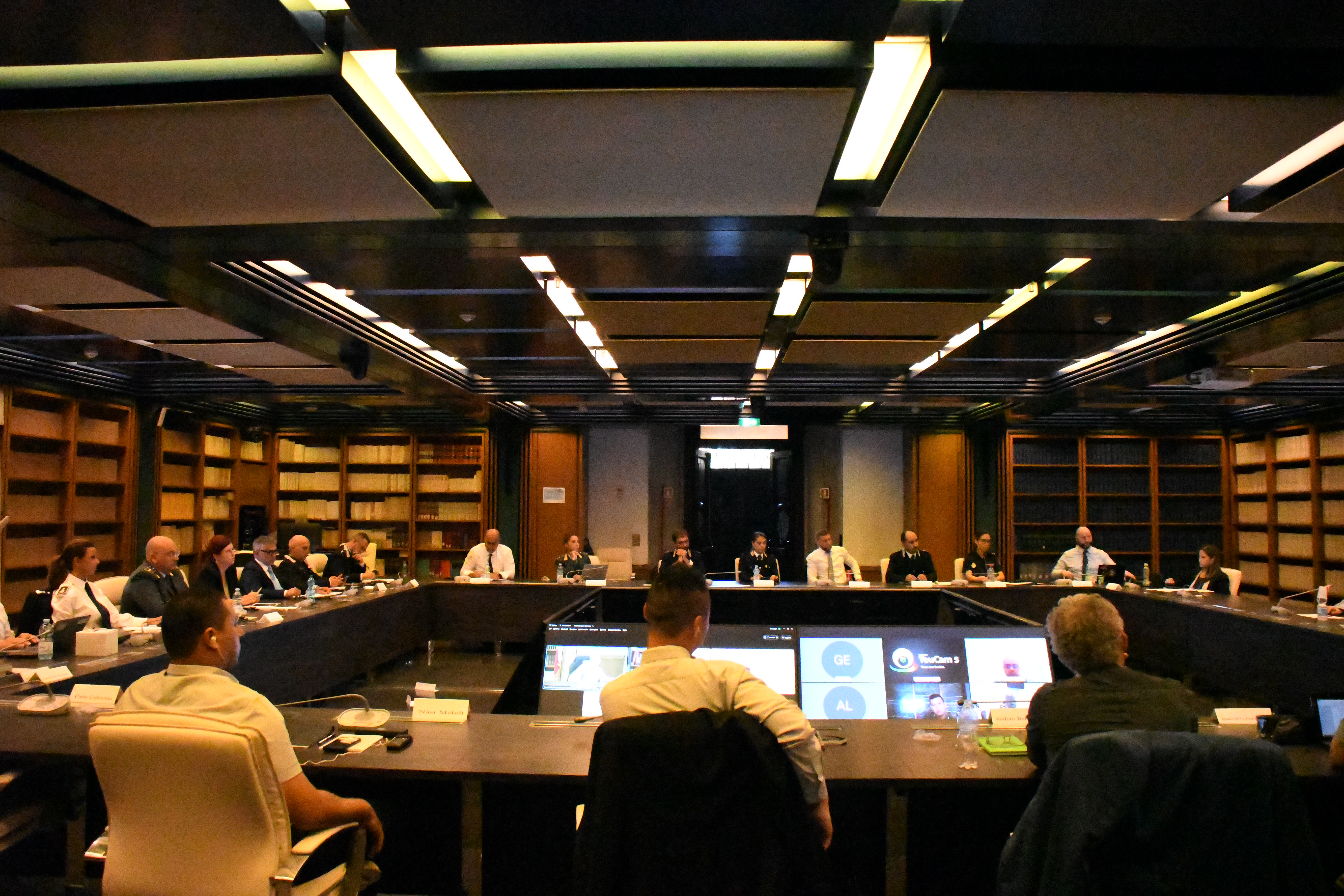 On Monday 5 September 2022, after the short summer break, the  Scuola di Perfezionamento started over its training activities and hosted at its venue  the course on “Combating international organized crime”. This course was  organized by the Caserta–based Scuola Internazionale di Alta Formazione per la Prevenzione ed il Contrasto al Crimine Organizzato which is under the authority of our Academy.

This training activity, concerning the prevention of and the fight against transnational terrorism and organized crime, was attended by more than 40 police officers and officials coming from several European countries as well as from Asia and America  (some of them participated in presence and other ones by videoconference). This training activity was focused on analyzing in details  important and current issues such as international police cooperation,  international drug trafficking and the globalization of mafia-type organizations. All these topics were dealt with by prominent and outstanding lecturers:  magistrates, university professors and members of police forces.

This course, which lasted  two-weeks, represented an important opportunity for Italian and foreign police officers and officials to exchange professional knowledge and experiences. The interest showed by the trainees underlined the common trend aimed at strengthening international cooperation, with the aim of effectively countering all kinds of criminal organizations, which are increasingly carrying out a  cross-border activity.