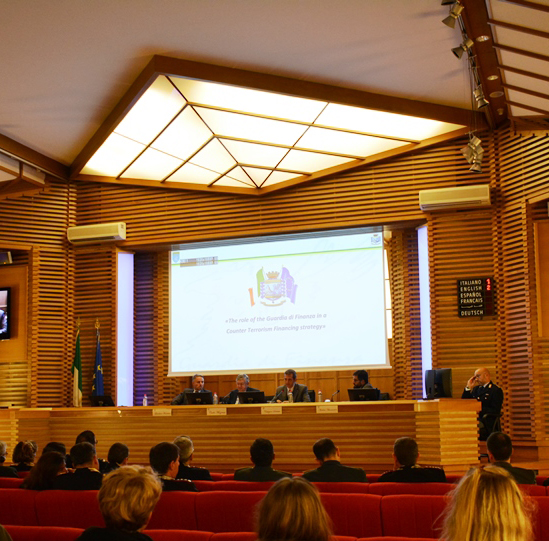 On 11 November 2019, several lectures were delivered at the Conference Room of the Interagency Law Enforcement Academy of Advanced Studies on the topic “ Fight against terrorism”. The lectures were simultaneously translated into English. The Advanced Training Course’ trainees as well as the “Guido Carli” LUISS University’ students participated in said meeting.

The lecturers were General S.A. Carlo Magrassi, Advisor of the Defence Minister, Responsible for the “Security Studies” Course as well as other prominent representatives of Universities and Institutions. The event was organized in concert with the Political Science Department of the above-mentioned University.

This initiative, which was strongly wished and supported by Police Forces’ leaders, is aimed at submitting to University students the topic concerning police forces “security” in its wider dimension.