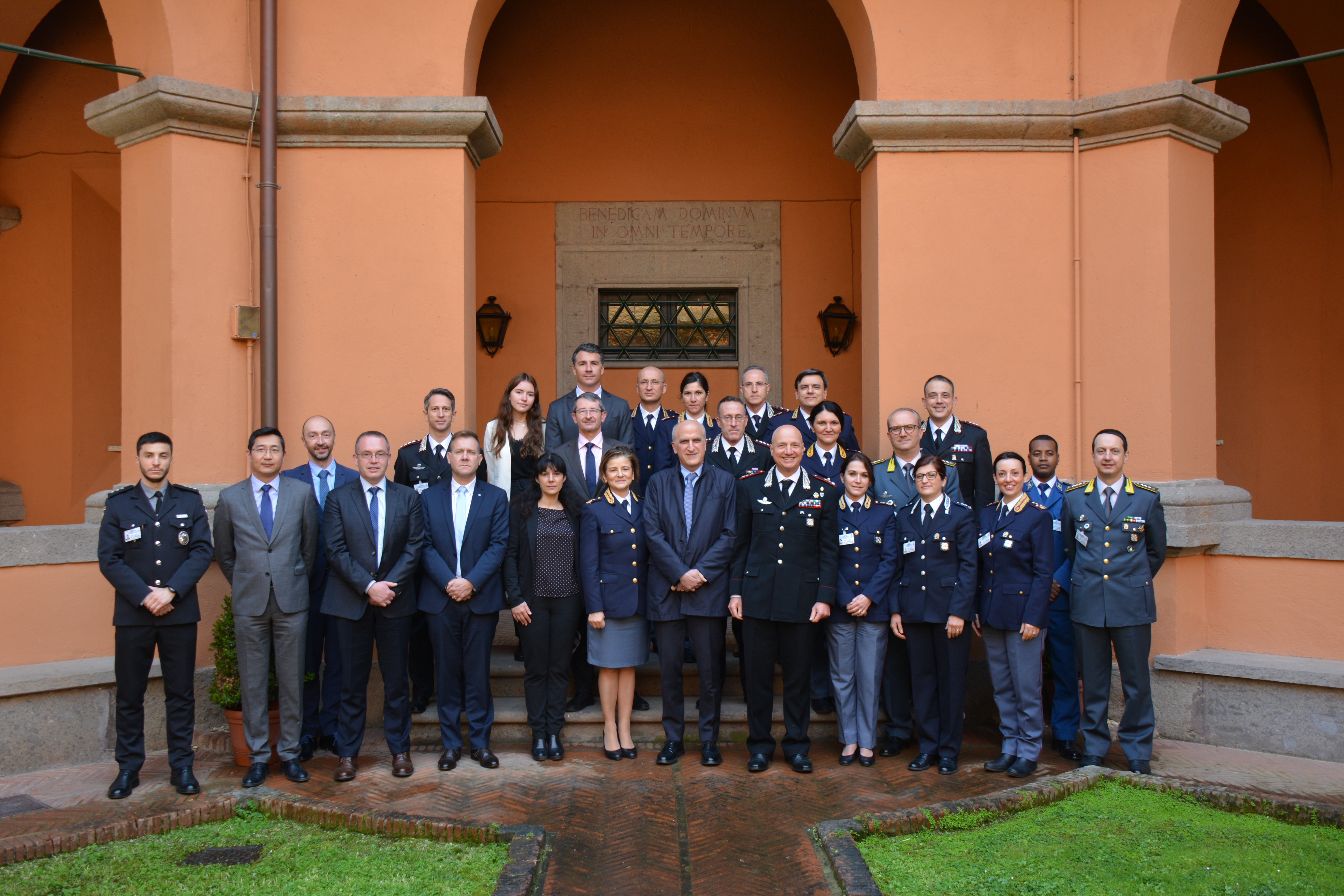 According to the training targets provided for by the curriculum of the current Academic Year –characterized by fully innovative contents intended to achieve an increasingly international profile – from 28 March to 1 April 2022 the first course based on a partnership between the Scuola di Perfezionamento and the Advanced Training Institute of the French Ministry of the Interior (IHEMI) was held. The course dealt with the advanced training of French and Italian Senior Police Officers/Officials.

The French delegation, accompanied by a Senior Police Officer from IHEMI, was composed of a Deputy Prefect, a Management Grade Officer of the Fire Brigade, two Management Grade Officials from the Gendarmerie and a Management Grade Officer from the National Police. On the first day, the delegation was welcomed by the Head of the Studies, Research and Courses Service, Dir. Sup. from the Italian National Police Rosaria D’Errico. During the  first two hours of joint activity, the presentations of the two institutes (the Scuola di Perfezionamento and the IHEMI) participating in this cultural exchange, as well as of the police forces operating in thier respective countries, were illustrated.

The training programme provided for the lectures delivered by the Director of the Scuola di Perfezionamento, Carabinieri Corps Major General Giuseppe La Gala and by the Director of IHEMI – Préfet Eric Freysselinard, who was connected by videoconference, as well as  by the Head of the International Relations Service of the Police Forces Coordination and Planning Office, Prefetto Vittorio  Lapolla, by the Italian Anti-Mafia and Anti- Terrorism Deputy Attorney  Antonio Laudati, together with other prominent lecturers working at the most important services responsible for the fight against organized crime and terrorism, such as the Anti-Mafia Investigation Directorate (D.I.A. according to the Italian acronym) and the Counter-Terrorism Strategic Analysis Committee  (C.A.S.A. according to the Italian acronym), as well as experts in the training of  management techniques from the  Scuola Nazionale dell’Amministrazione   (S.N.A. according to the Italian acronym) and from the Rome-based “Tor Vergata” University.

In particular, this meeting, based on the exchange of experiences and expertise, had  one week duration and was characterized by the interactive training activity, thus representing an important opportunity to illustrate to the French delegation the excellent operational patterns used at national level in Italy to efficiently prevent and counter organized crime and terrorism and to share the best practices used by  the French government in relation to those issues.  The whole training activity was based on the training profile of our Academy, that is to say the fostering of integration and exchange of expertise since, as Ghandi declared: “No culture can be developed if it is not shared with other people”.