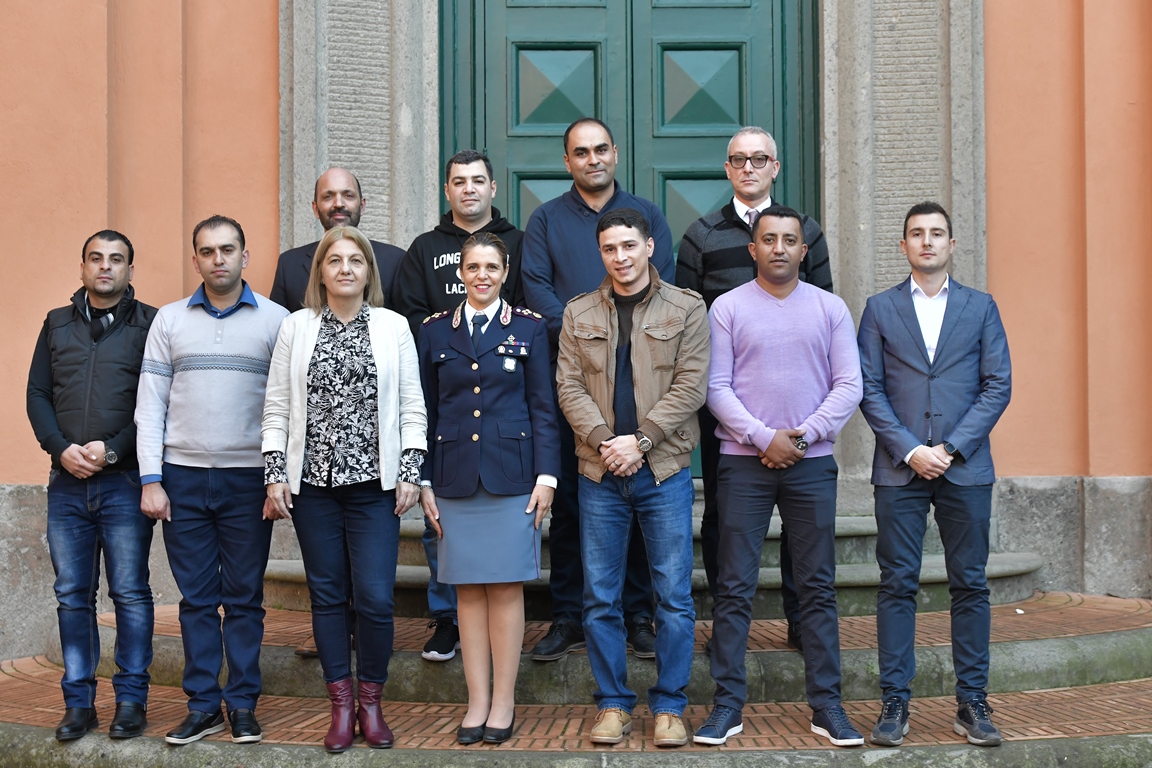 From 3 to 5 December 2019 a delegation consisting of 6 Senior Police Officers coming from the Gendarmerie of the Kingdom of Jordan has made a study visit to our Academy. This visit has been organized by the CEPOL National Unit in the framework of the “EU/MENA Counter-Terrorism Training Partnership 2 Project”, (CEPOL partnership project among EU Member States and countries of Northen Africa and Middle East joining the anti-terrorist training).

During the three day activity, important topics related to the fight against terrorism though Internet have been addressed, including the analysis of web sites and social media. These topics have been analyzed with high professionalism and carefulness by experts in this field from the ROS of the Carabinieri Corps, which hosted the delegation on December 3, the Special Unit for Telemetic Frauds and Privacy from the Guardia di Finanza Corps, which hosted the delegation on 4 December. Moreover, the person in charge of Cyber Protection at Deep Cyber illustrated some critical issues in the afternoon of 4 December and experts from the Postal and Communications Police Central Directorate and the Prevention Police Central Directorate hosted the delegation on 5 December, thus giving their contribution to the project.