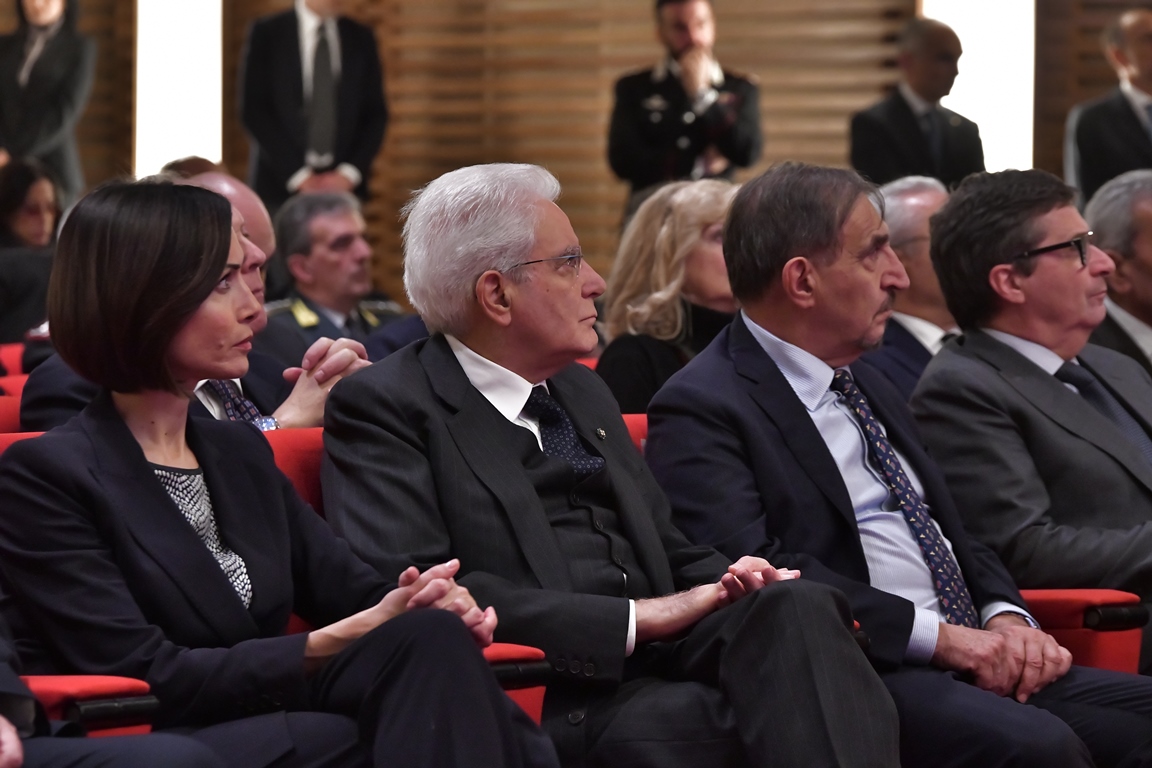 On 3 December 2019, the Academic Year 2019/2020 was opened at the Interagecny Law Enforcement Academy of Advanced Studies in the presence of the President of the Italian Republic Sergio Mattarella.

The President of the Italian Republic, after receiving military honors, reviewed the military units deployed with the Flag of the National Police and an interagency Police Forces Band representing the spirit of the Academy. Then, the President was accompanied to the Reception Hall, where he met the Highest Italian Authorities and put his signature on the Official Book of the Academy, according to a long-standing tradition. Afterwards, the Intergancey Law Enforcement Academy of Advanced Studies gave the President a book on Early Christianity, edited in 1932, which deals also with the topic concerning the Catacoms of Priscilla that is considered the most important underground cemetery on which the Academy is located.

During his presentation, the Director underlined that this Academy is “the unique training institute in Europe representing all National Police Forces, and therefore it must be considered a joint laboratory of training, research and cultural centre for Italian and foreign Police Forces. The target of the Academy is to spread the culture of coordination among Police Forces not only at operational level but above all at training level. This is the fundamental and crucial task assigned to the Academy.

The classrooms of the Academy are the locations in which Police Forces exchange their opinions, develop their skills at personal and professional level, complete their training at management level and, day after day, develop an advanced organizational model focused on coordination, which represents the main feature of the complex security system in Italy. This model was created in 1981 by the far-sighted legislator who enacted Law 121 with the aim of establishing the framework of the Public Security Administration. “

After the Director’s presention, the Undersecretary of State at the Ministry of Economics and Finance Antonio Misiani delivered a Lectio Magistralis and then the Ministry of the Interior Luciana Lamorgese took the floor. “She underlined also the importance, in general terms, of the Academies devoted to the training of personnel belonging to Police Forces and, in particular, of the Intergacency Law Enforcement Academy of Advanced Studies. Since its creation, it has performed the role of cultural driver assigned to it by the Legislator with Law 121of 1981, and has constantly adjusted its training tasks to the different needs of modernization and innovation following the rapid changing evolution of the domestic and international context. “

At the end of her speech, the Minister of the Interior urged the Academy Director to continue pursuing a pattern of training inspired to a wide and cross-cutting approach. Then she expressed her best wishes to the Senior Police Officers attending the XXXV Advanced Training Course and, according to the traditional sentence, the Minister of the Interior marked the opening of Academic Year 2019-2010.