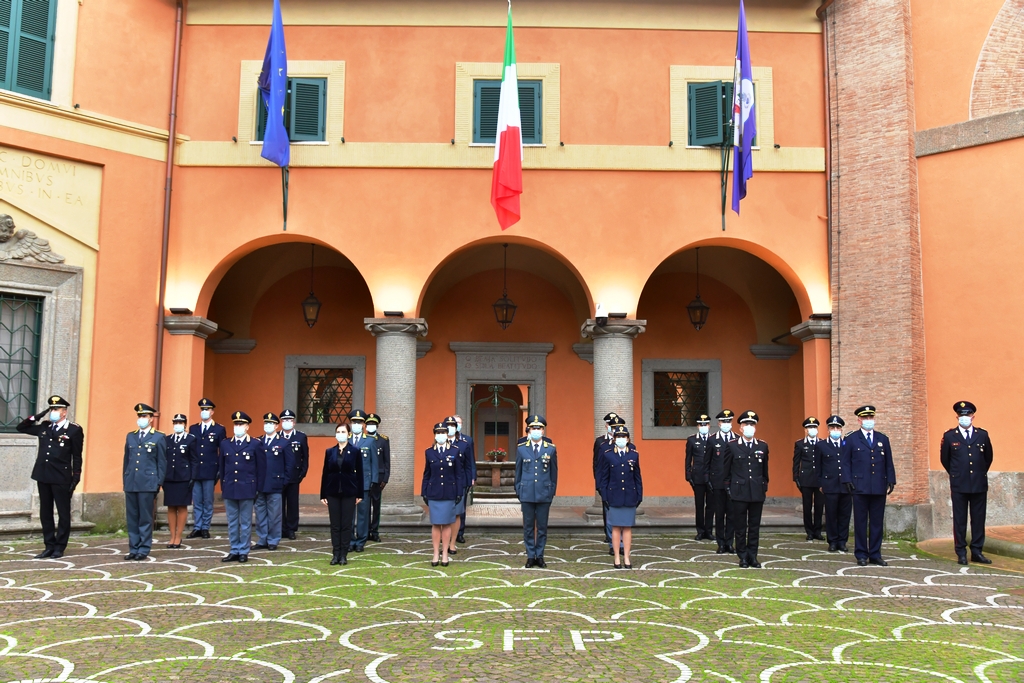 On October  29, 2020 the celebration of the 35th Anniversary of the beginning of the Advanced Training Courses was held at the Interagency Law Enforcement Academy of Advanced Studies. As a matter of fact, the first lesson was delivered at the Academy on October 29, 1986.

The Advanced Training Course, having an academic-year duration, is aimed at honing the scientific-professional expertise of the management-grade Senior Police Officers belonging to the four Police Forces (National Police, Arma dei Carabinieri Corps, Guardia di Finanza Corps, Prison Police) as well as at improving their decision-making skills, providing them with shared methods and techniques in the fields of organization, development and coordination of institutional activities.

Several Authorietis, who were connected by videoconference according to a special format adopted to counter the spread of the COVID-19 pandemic, attended this event. In particular, the following prominent Authorities participated in this celebration:

The Senior Police Officers attending the current 36th Advanced Training Course, as well as the Academy Permanent Staff,  participated in the event which was held at the Academy Lecture Hall.

This celebration opened with the raising of the flag, which took place in the main courtyard of the Academy. Then, the Academy Director, Major General Giuseppe La Gala from the Arma dei Carabineiri  Corps, delivered a welcome speech and underlined the importance of that celebration. Later, a special video, containing photos illustrating the majot events related to the previous 35 Advanced Training Courses, was shown.

The celebration ended with the lecture delivered by the Chief of Police – General Director of Public Security, Prefetto Franco Gabrielli, who underlined the importantce of the event and expressed his hope for celebrating future similar events.  Moreover, he emphasized the role of the Academy as well as  its projects and planning activities in the field of interagency law enforcement advanced training.