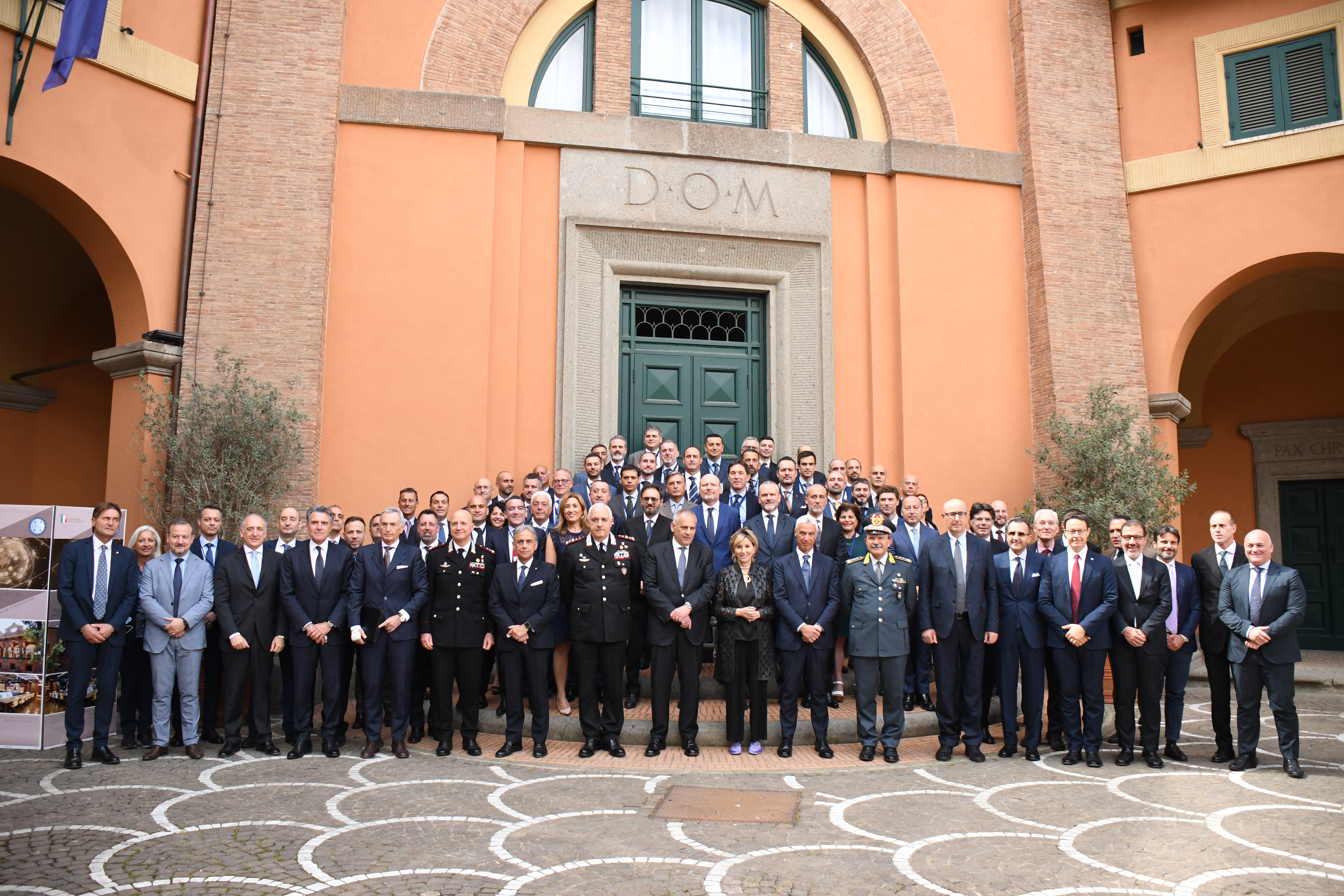 In line with the  current international profile of the Scuola di Perfezionamento, the annual plenary meeting of the security experts, who are deployed at the Italian embassies abroad, was held from 24 to 27 May 2022 at the “Prefetto Carlo Mosca” Conference Hall in our Academy.

This is a network composed of 83 Senior Police Officers, who joined the network in a first and in a second step,   deployed in 79 countries of the five continents. This is a developing network which will include, within a short period, further  branches in other four African and Asian countries.

This event represented an unprecedented opportunity to meet  and discuss the main issues regarding international security and share possible initiatives of improvement, as Prefetto Rizzi underlined. During the last working session, the Chief of Police – Director General of Public Security Department  Pref. Lamberto Giannini,  the Commander General of the Carabinieri Corps, Lieutenant General  Teo Luzi as well as  the Deputy Commander of the Guardia di Finanza Corps, Lieutenant General  Giuseppe Vicanolo and the Secretary General of the Ministry of Foreign Affairs and International Cooperation, His Excellency Francesco Sequi, participated in this meeting and underlined that  the activities carried out by the experts are not only an example of the tasks fulfilled by  police forces abroad, but represents the real investigation activity which provides for a unique contribution to understand the transnational illegal phenomena.