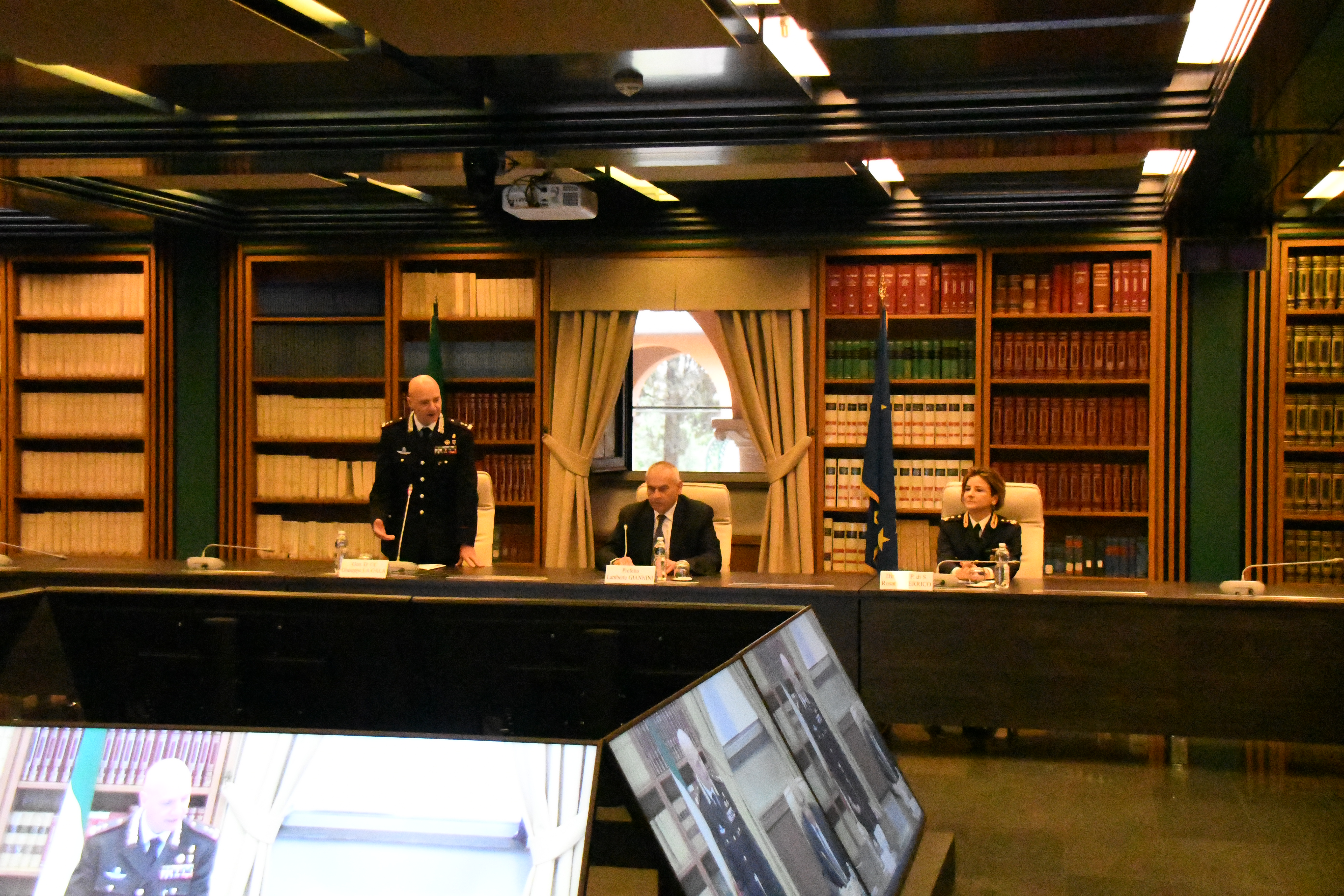 In the morning of 26 May 2022, the Chief of Police-Director General of Public Security Department, Prefetto Lamberto Giannini, concluded the series of meetings between the leaders of Police Forces and the Senior Police Officers/Officials attending the XXXVII Advanced Training Course.
This event represented an enriching and profitable occasion to conduct a detailed analysis on the challenges which will be faced by Police Forces in the next future. These are complex challenges requiring a shared and synergic commitment by all the actors responsible for security in Italy.
In particular, it was underlined that effective strategies and actions intended to prevent and counter threats coming from new forms of crime and terrorism, as well as from violent demonstrations, require a close cooperation among Police Forces, as well as a strengthening of coordination capacities. The Scuola di Perfezionamento has always contributed to the promotion and spreading of this operational model, thus giving its total commitment in this activity which represents the pivot of the mission pursued by our Academy.
At the end of this pleasing meeting, the Academy Director, Carabinieri Corps Major General Giuseppe La Gala, expressed his gratitude to the Chief of Police for his constant attention devoted to the Scuola di Perfezionamento as well as to the training activity of the trainees who, within a short time, will hold management level positions involving high responsibilities in safeguarding security.