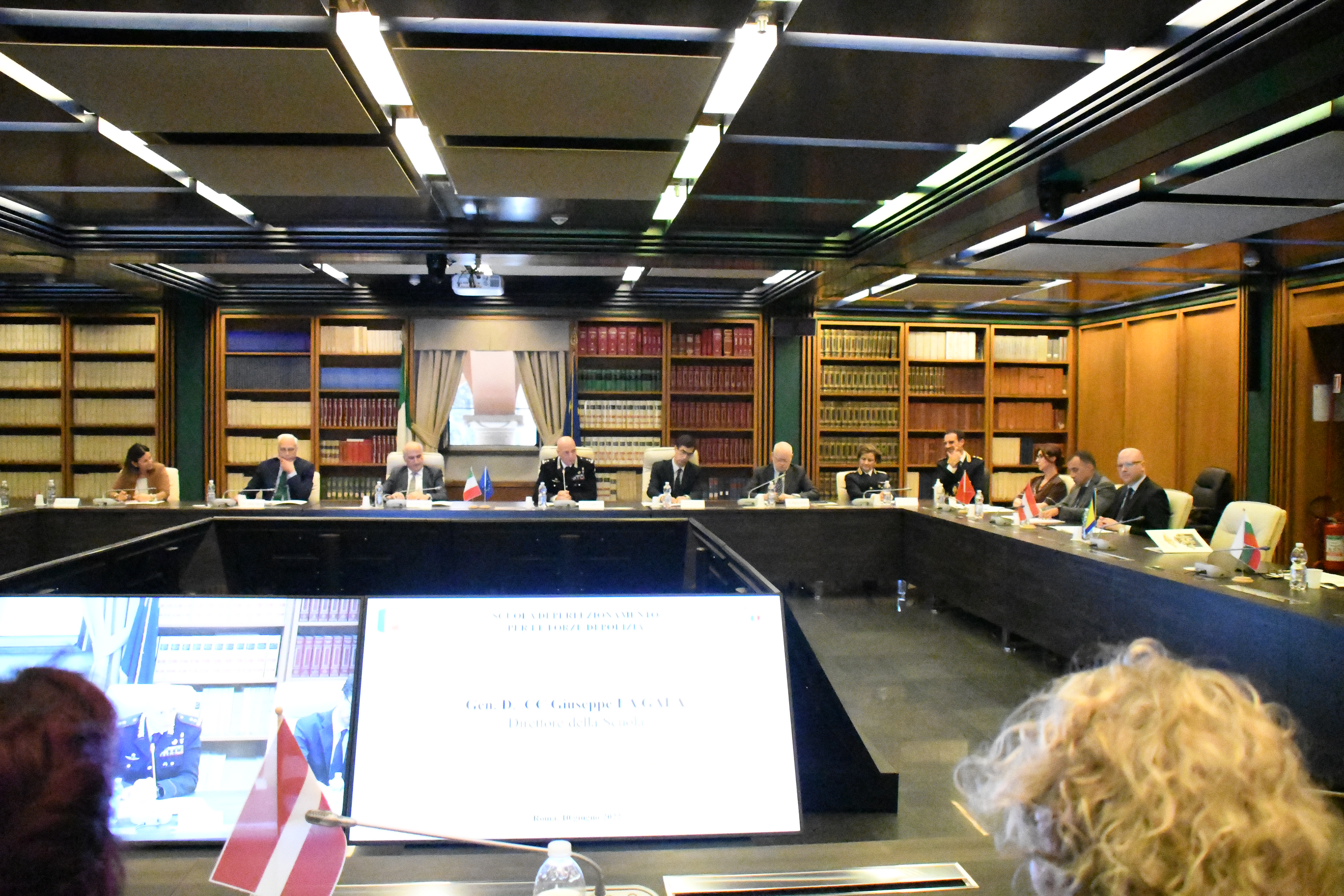 On 10 July 2022 the first edition of “Embassies Open Day” was held at the historical venue of Piazza di Priscilla, Rome. This event, which  was attended by the Ambassadors and their delegates from the European-Atlantic area,  was aimed at illustrating the training activity delivered by the Rome-based Academy as well as by the Caserta–based Institute. The purpose of this innovative initiative is to promote the spreading of a new culture and approach to the fight against organized and terrorist crime and to foster the participation of foreign officers /officials in the Academy courses as well as to facilitate the development of joint training projects.

The session was opened by the Academy Director, Carabinieri Corps Major General Giuseppe La Gala, who illustrated the activities and goals of the Academy. Then, prominent trainers such as Professors Maurizio Decastri and Arduino PANICCIA, as well as the Deputy Director General of EU DG of MAECI, Plenipotentiary Minister Alessandro GAUDIANO and the Director of the Police Forces Coordination and Planning Office, Prefetto Vittorio Lapolla, delivered their lectures.

The deep interest showed by the participants represents the common awareness of the need to strengthen international cooperation with the aim of efficiently countering  any kind of crimes. Similar  initiatives are planned to be organized  as soon as possible, with the participation of representatives coming from countries of other continental regions.