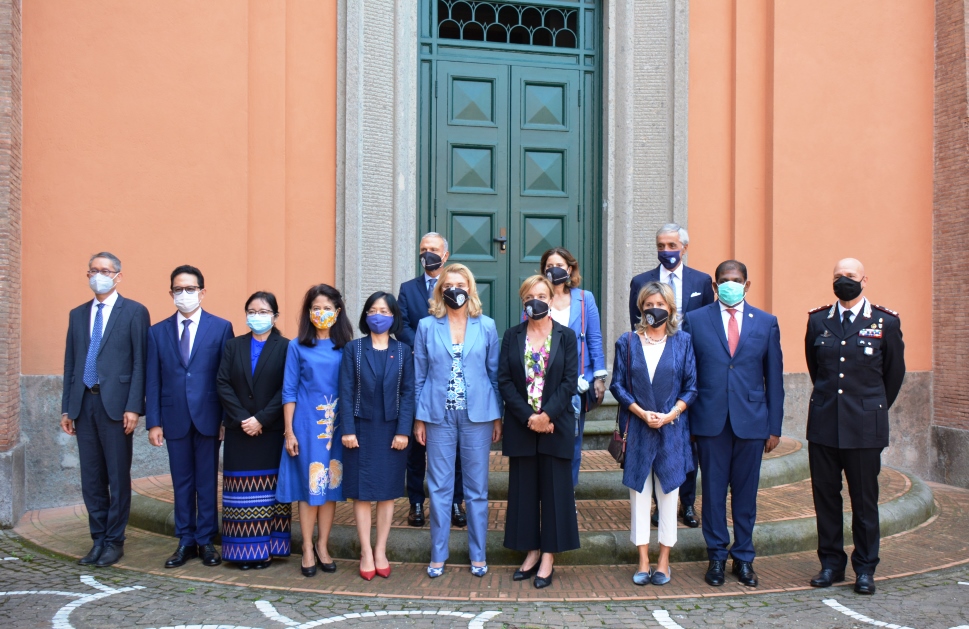 This morning a meeting was held at the Scuola diPerfezionamento per le Forze di Polizia (Interagency Law Enforcement Academy of Advanced Studies). It has been  attended by the Deputy Director General of Public Security Department, Prefetto Alessandra Guidi, who is  the person in charge of the coordination and planning of Police Forces,  (she participated on behalf of the Chief of Police – Director General of Public Security Department, Prefetto Franco Gabrielli), and by the Secretary General of the Ministry of Foreign Affairs – Ambassador Elisabetta Belloni, as well as by the Executive Director of ASEANAPOL – Dac Wee Aik Boom Jim and by the  Ambassadors from ASEAN Countries, who are accredited  in  Italy.

After the welcome address given by the Academy Director, Major General Giuseppe LA GALA, the meeting held today has represented the first political and strategic opportunity for discussion after the approval of the nomination of Italy as development partners of ASEAN, which officially took place on September 9, 2020.

This meeting can be considered as the first step to promote transnational cooperation in the field of security between Italy and the ASEAN Countries (Brunei, Cambodia, Philippines, Indonesia, Laos, Malaysia, Myanmar, Singapore, Thailand and Vietnam). Moreover, this cooperation is aimed at promoting, in the future, a common training among  Police Forces of the above-mentioned Countries.