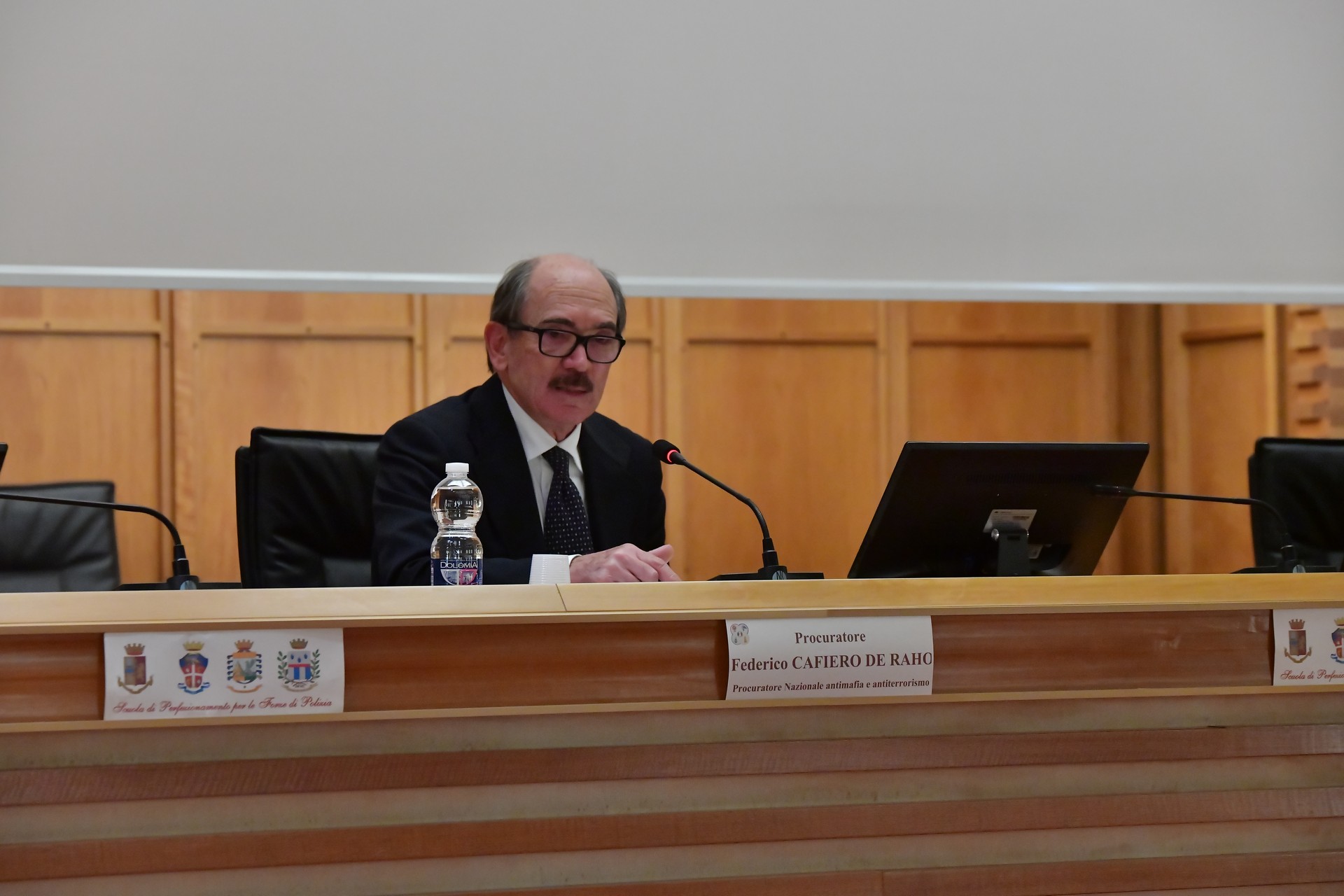 An interesting and remarkable meeting with the Italian National Anti-Mafia and Counter–Terrorism Public Prosecutor, Mr.  Federico Cafiero de Raho, was held yesterday afternoon  in the framework of the 36° Advanced Training Course. As a matter of fact, the trainees had the opportunity to know in details peculiar aspects of the main topics which are dealt with during the Academic Year that will end  next June.

This intensive meeting between the above-mentioned prominent lecturer and the representatives of the four Police Forces had a  duration of two hours and analyzed  the new trends of organized crime in the framework of the current pandemic emergency.

The debate was focused on the peculiar aspects and operational links among the traditional Mafia-type organizations in our Country, as well as on their capacity to exploit the current economic situation also at international level. Moreover, the  available means to counter Mafia-type and terrorist phenomena, as well as those which could be adopetd in the future have been  identified and assessed on the grounds of the concrete experience of this prominent magistrate.

It is to be pointed out that several meetings with other important and outstanding lecturers are scheduled to take place at our Academy in the next few weeks.