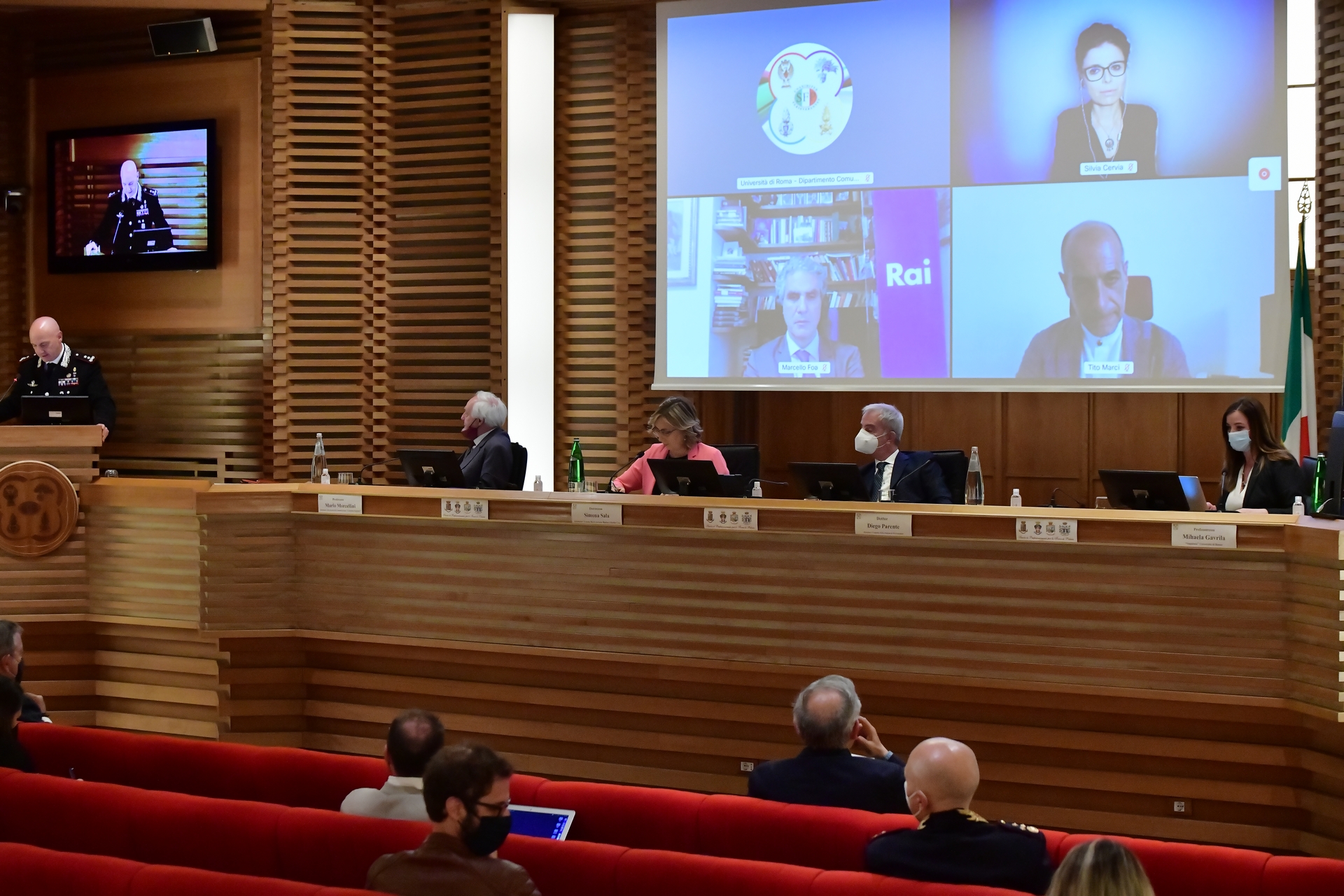 On Monday 31 May 2021, a meeting  on the topic: “How to overcome the fear. A new security communication  against mass media and terrorism” was held at the “Prefetto Carlo Mosca” Conference Hall in the Interagency Law Enforcement Academy of Advanced Studies.

The seminar, managed by  Simona Sala, the Director of Giornale Radio RAI and of Radio Uno, was attended by prominent personalities, such as the President of the RAI Network, Mr. Marcello Foa and the Director of TGCOM 24, Mr. Paolo Liguori. This event was linked to the Project entitled “Mass Media and terrorism. The effect produced by  communication and digital networks on the perceived lack of security”, which is a very interesting initiative at national level.

The purpose of this Project, implemented by the Rome-based La Sapienza University, under the direction of Professors Mario Morcellini (Director of the Advanced Training Institute of Communication and Digital Media at Unitelma Sapienza) and Mihaela Gavrila, with the cooperation of the Naples-based Link Campus University, Suor Orsola Benincasa in Naples, Perugia Stranieri, the Milan-based Bicocca University and the Rome-based Lumsa University, was aimed at interpreting and pointing out the fake news spread by social media as well as at helping persons working in the security and mass media fields to deal with complex phenomena such as terrorism, migrations, crime and the recent pandemics.

The contributions, provided for by the above-mentioned prominent lecturers, illustrated the procedures which create the so-called “information of fear”, and offered a lot of interpretations of this phenomenon as well as possible solutions, with the purpose of spreading reliable  information and describe the events without  emotional influences. This analysis has been the subject of a heated debate during the final round table directed by Mr. Paolo Liguori.