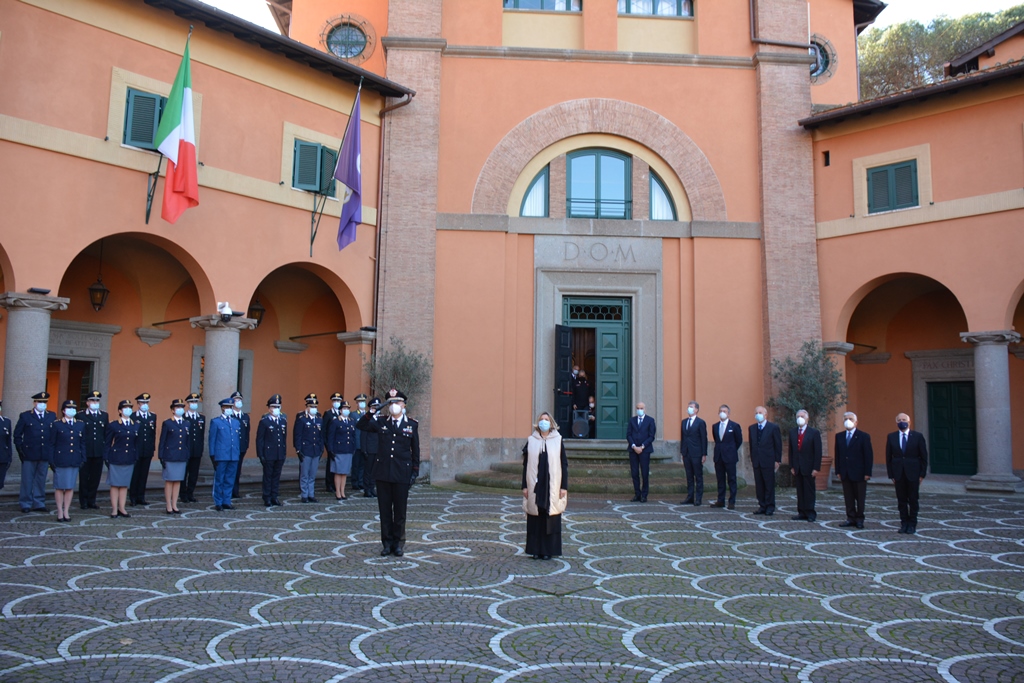 On  30 November  2021, the First Meeting of the Honorary Committee  was held at our Academy. This Committee, which is made up of the former directors of the Academy, is headed by the acting Academy Director with the aim of promoting the strenghtening, development and spreading of the culture of coordination among police and security forces.

The Honorary Committee, established last May by Decree issued by the Chief of Police – Director General of Public Security Department – Prefetto Lamberto Giannini – will meet at least once a year on the occasion on the day in which the opening of the First Advanced Training Course is celebrated.

The event was opened by a short but outstanding fleg- raising ceremony which took place in the Courtyard of Honour of the Academy. Then the trainees of the XXXVII Advanced Training Course were awarded the English language certificates, upon completion of an intensive English course delivered in last September and October under the direction of the Foreign Language Training Centre of the Carabinieri Corps, headed by Colonel  Filippo Calisti, who participated in this ceremony.

The meeting represented an important occasion to share and analize in details the possible trends of development of our Academy. As a matter of fact, in line with the proposals of the Academy Director, Carabinieri Corps Major General Giuseppe La Gala, the future activity of the Academy must be based not only on the revision of its structure and regulations but, above all, on an increasing coordination and mutual support with the other Training Security Institutes, both at domestic and foreign level, with the purpose of providing  a  more integrated training activity.